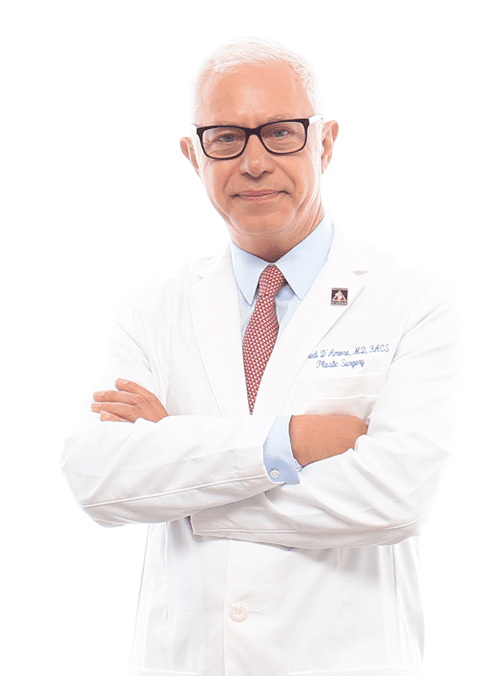 Tancredi D’Amore was born and raised in Italy. He attended the University of Lausanne School Of Medicine in Switzerland. During his Medical School years Dr. D’Amore was accepted for clerkships at various prestigious international institutions including Harvard Medical School in Boston, Mount Sinai Medical School in New York City, St. Mary’s Hospital and Medical School in London and the renowned Plastic Surgery Clinic Ivo Pitanguy in Rio de Janeiro. After graduating from Medical School he moved to the United States for a rigorous surgical training at the New York Medical College with a 5-year General Surgery residency which included his final Chief Resident year. To pursue his original passion for Plastic Surgery Dr. D’Amore attended a residency program at Tulane University in New Orleans. To further refine his skills he subsequently obtained a fellowship in Microsurgery at Davies Medical Center in San Francisco which is considered one of the leading microsurgical centers in the world.

Dr. D’Amore has been recognized with the highest awards, among them he was included in The Guide to America’s Top Surgeons every year since 2002. And in America’s Best Doctors since 2010.

Dr. D’Amore believes in the importance of philanthropy. He participates by bringing his expert skills to patients in developing countries and volunteers in a number of international missions.